Smiles Day began in Rushville, Illinois in 1919, as our local World War I Veterans were returning home at the end of the war.  This celebration has continued annually for 100 years, except for a few years during World War II when a large percentage of the Schuyler County population was again serving our country.  To help commemorate this special milestone in 2019, the Smiles Day committee is planning an extended weekend of events to honor Veterans and celebrate Rushville and Schuyler County. In 1967, Smiles Day merged with the Rushville Homecoming celebration, but it has always been our mission and goal to honor our active military personnel and Veterans. In 2019, we celebrated our 100th anniversary. 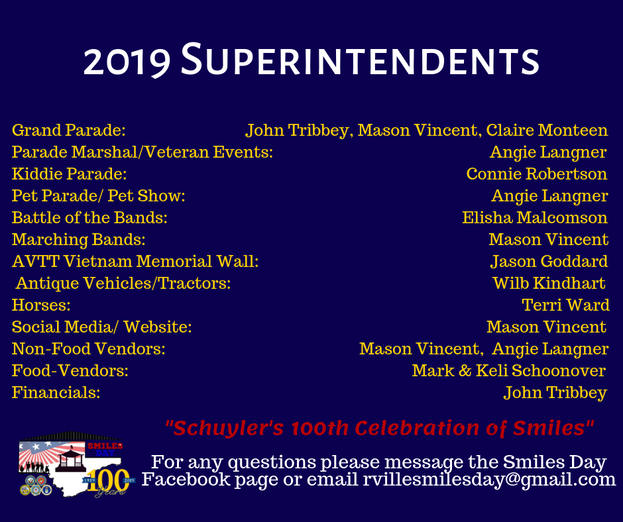 Registered entries meet for lineup at the Schuyler County Fairgrounds at 9:00 a.m.
Stay connected with all Smiles Day Social Media!